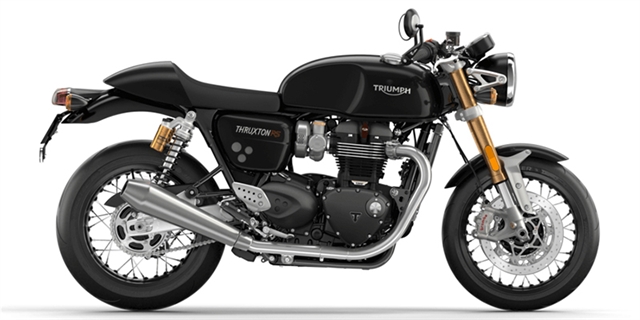 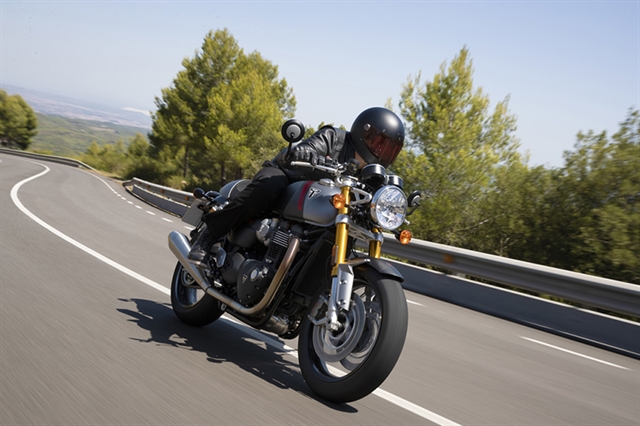 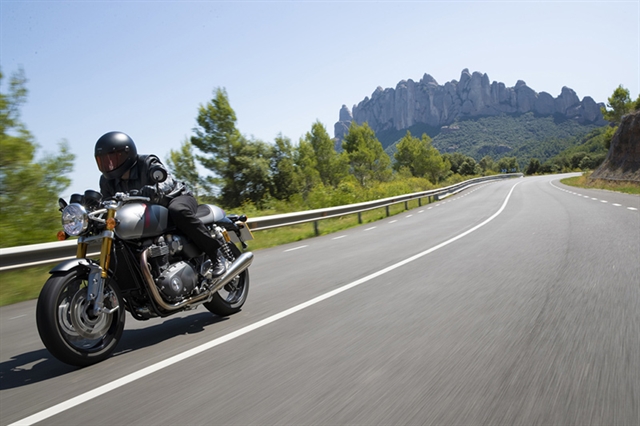 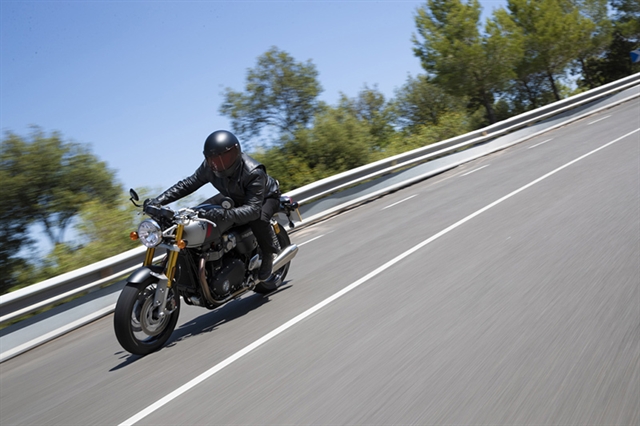 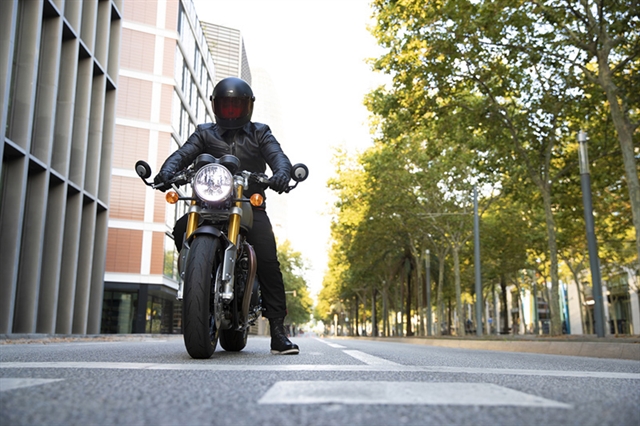 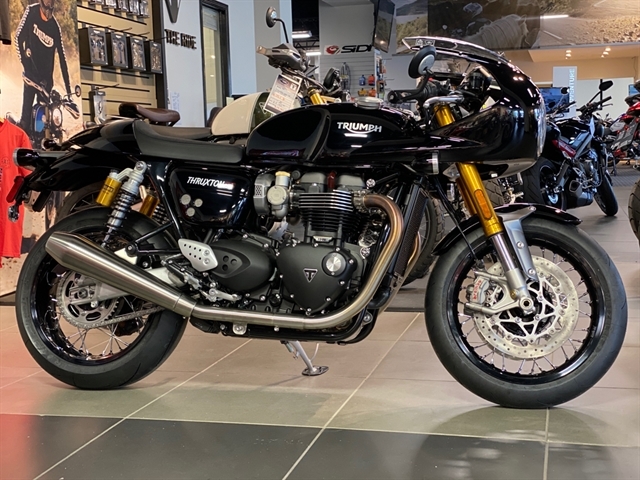 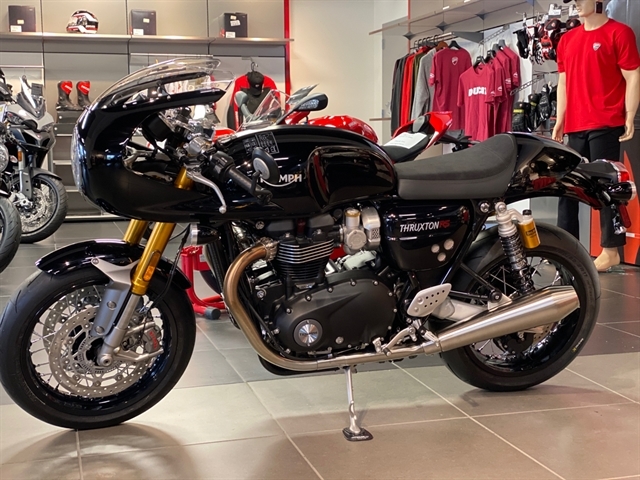 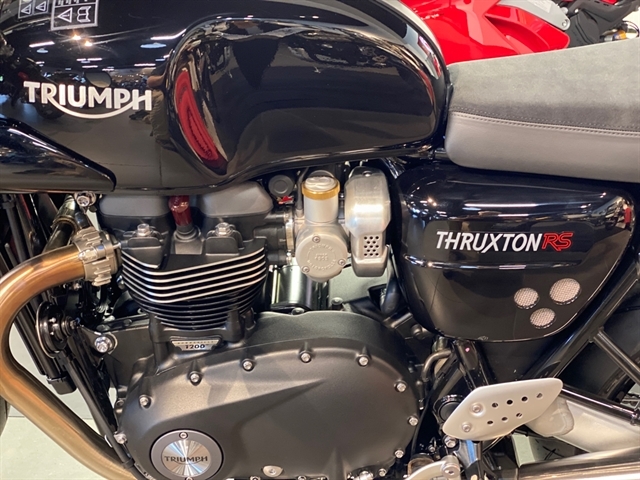 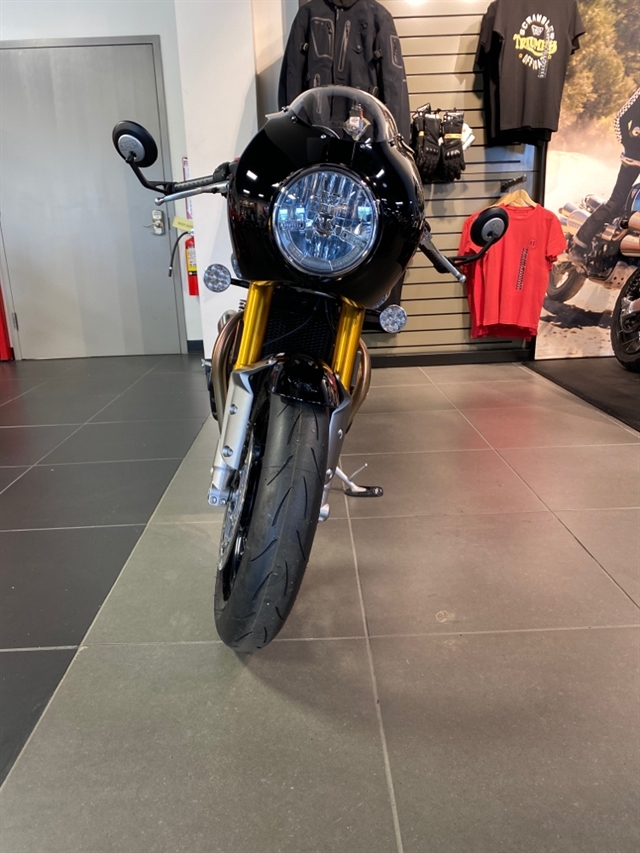 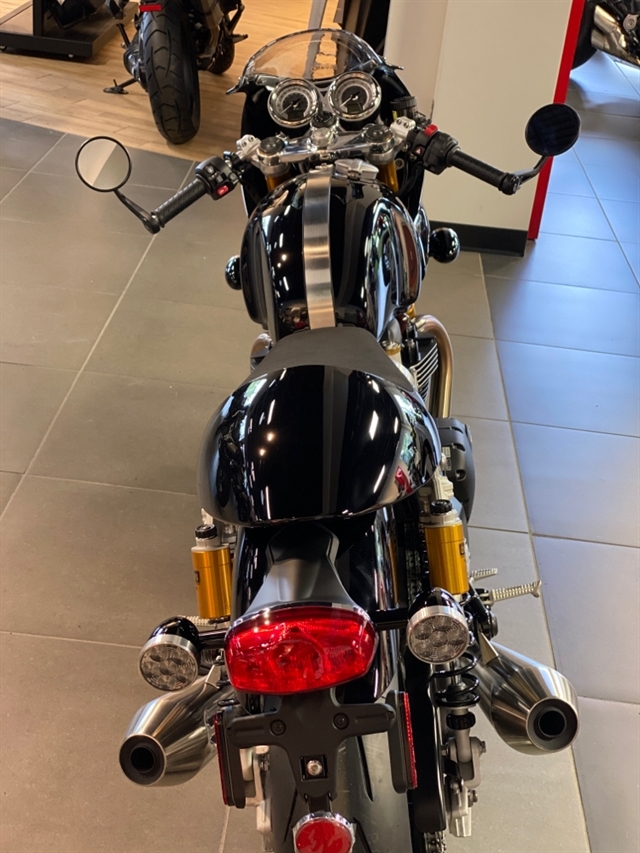 This is a showcase model that includes the cafe fairing and LED turn signals front and rear.

Many motorcycles on today’s retro scene claim the name cafe racer, but the Thruxton stands alone as the true original. And now the legend evolves. The Thruxton RS is a celebration of the pure style, focused attitude and genuine DNA of the original cafe racers, along with the next step in power, performance and modern capability.

The original Triumph Bonneville T120 Thruxton racer played a major part in the history of motorsports on both sides of the Atlantic when the first incarnation of this incredible motorcycle and engine was a dominating force from the late 1950s (literally making its name following the first-ever Thruxton 500 series race win) to the 1969 Isle of Man TT, where it was the first production motorcycle to average over 100 mph.

In the meantime, an entire generation of 60s teenage cafe racers made the Bonneville T120 Thruxton their bike of choice due to its uncompromising – and thrilling – combination of traffic light race-winning performance and style.

The original cafe racer Thruxton rejoined the Triumph lineup in 2004 and was transformed for modern performance and handling in 2016.
This new Thruxton RS takes the most authentic cafe racer of them all to a whole new level, with significantly enhanced performance and specification.  This is Triumph’s legend, evolved.

Thruxton riders love the purity, authenticity and focused sporting attitude of our original cafe racer, together with all the performance and advanced capability of a Triumph Modern Classic.

Totally unique and with an unmistakable racer attitude, this new RS version takes all the hallmarks and quality of the celebrated Thruxton R, and dials it up with more power (now 104 HP), better handling thanks to its lighter weight and higher specification equipment, along with even more contemporary style.
It’s much more than just the original cafe racer; it’s the most dynamic, powerful and performance-orientated Thruxton ever made.