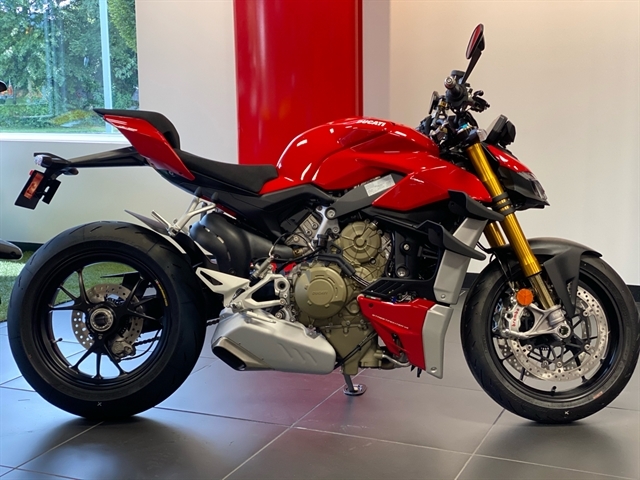 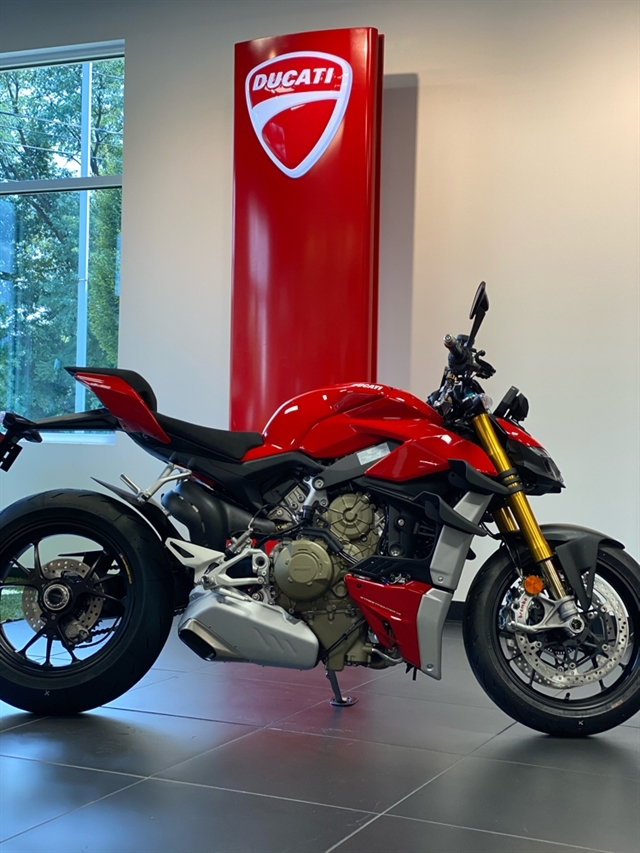 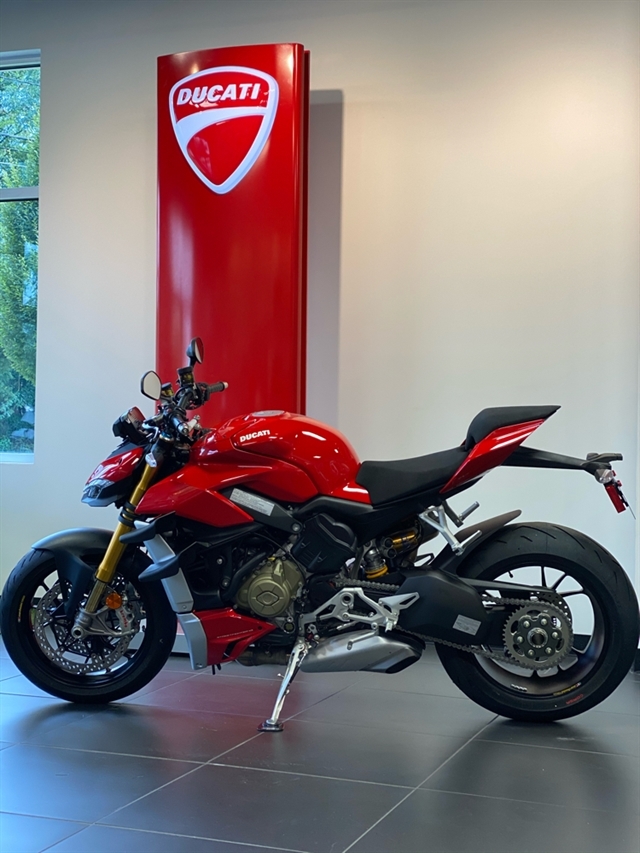 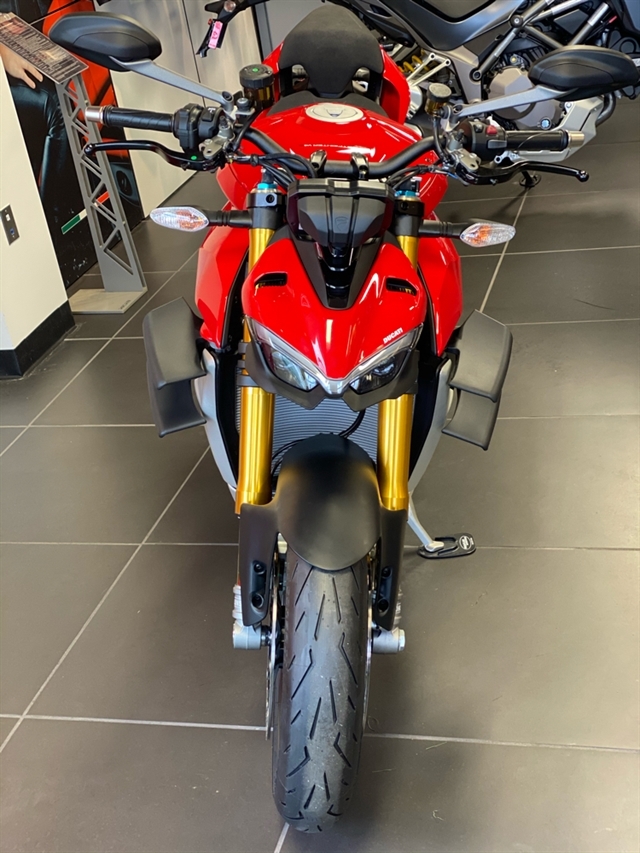 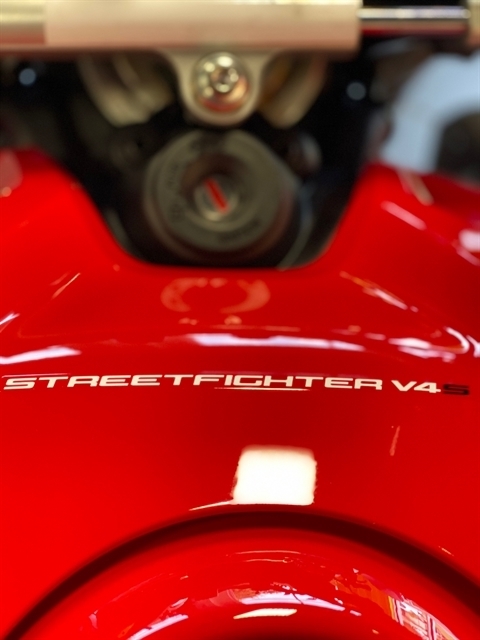 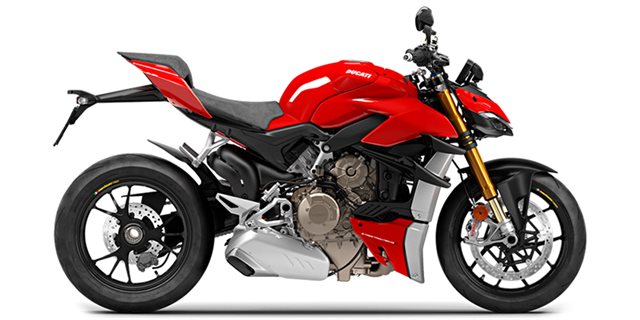 362 people have recently viewed it.
Details

The Panigale V4, stripped of its fairings and with high, wide handlebars. This, in short, is the underlying concept of the new Streetfighter V4, a bike that magnifies the thrill of the ride every time it takes to the road.

The result? An unrivalled naked bristling with cutting-edge technology and an awe-inspiring design that oozes pure performance.

The minimalist full-LED headlight captures the spirit of the Streetfighter V4 perfectly. On the one hand, it recalls the front of the Panigale V4 and, on the other, evokes the crazy grin of the Joker (the comic strip character from which the Ducati Style Center drew inspiration for this new Bologna-built naked). Already featured on the Panigale V4 and SuperSport, the V-shaped DRL is another clear Ducati hallmark.

The new Streetfighter V4 is powered by a 1103 cm3 Desmosedici Stradale engine. In this configuration the 90° V4 delivers 208 hp (153 kW) at 12,750 rpm, an unrivalled power level within the naked segment, perfectly in keeping with the all-out character of the new Streetfighter V4. Maximum torque is 123 Nm (12.5 kgm) at 11,500 rpm, practically unchanged with respect to the Panigale V4. Dedicated engine mapping lets riders safely make the most of Streetfighter V4 performance on the road.

The final ratio, shorter than that of the Panigale V4, delivers a wheel torque higher of +10%, which ensures an immediate response to the throttle command.